The Legal Implications of Open Data

The Legal Implications of Open Data

and how DMOs can properly protect themselves.

An open content marketing platform aims to make the widest possible data pools available to participating DMOs without restriction. The generic term “open data” refers primarily to digital content such as texts, infographics, images and videos that can be used and modified by anyone without inquiry or permission. In German law, the copyright of the producers as well as the image and personality rights of the persons concerned must be taken into account. The following article is intended to show which rights are specifically affected in Open Data projects and what DMOs must consider in order to be able to produce, publish and use content in a legally compliant manner.

As a rule, the producer of digital content is entitled to copyright, which grants the creator the sole right to modify or use the created content as he sees fit. Copyright law does not only protect artists in the narrower sense, but extends to all groups of people who produce content. This includes first and foremost videos, photos and texts, insofar as they show the creator’s own performance and a certain level of creation is reached (further information on copyright can be found here). The symbol © for copyright, which originates in the USA, plays no role here. In this country, appropriate labelling does not provide for special protection. Instead, copyright protection arises automatically from the creation of a work. The work is only released into the public domain – and thus freely usable by third parties – 70 years after the death of the author.

In addition to copyright, personal rights must also be observed when using and publishing content. Persons on photo and video recordings are entitled to a so-called right to their own image, which also restricts the author’s power of disposal. Here the principle applies: Those who are photographed should be able to decide for themselves who gets to see the photographs. As a concretisation of the right to informational self-determination from the German Basic Constitutional Law, the right to one’s own image finds its expression in the “Kunsturhebergesetz” (KunstUrhG). As a European legal regulation, the General Data Protection Regulation (GDPR), which has been in effect since last year, must also be observed.

The rights of third parties in Open Data

What do DMOs need to consider when creating content?

Basically, if a photo or video of a person is to be published (e.g. on a website or social media), consent must be obtained from them in most cases.

Exceptions exist according to the KunstUrhG only if the persons appear as “accessory”. This requires that it is not the person(s) but the depicted landscape or locality that shapes the content of the image. It is important to note that the number of people in a picture is not an indication of its classification as an accessory. Thus, it is often mistakenly assumed that images of smaller groups are exempt from the requirement of consent.

The GDPR also allows the publication of images without consent in individual cases via the so-called assessment of interests. This applies, for example, to the publication of team photos in clubs or larger sporting events (for further information, see the handout of the data protection authority of Baden-Württemberg). Photographs taken for journalistic-editorial purposes also do not require consent, as these are covered by the media privilege.

If photographs of buildings or objects are published, the copyright of the artist or architect must again be considered. The so-called “Panoramafreiheit” (freedom of panorama) only applies if the object of the photograph is located in the public sphere. This means that a photograph of the exterior of an unusual building may be published by anyone if it can be seen from public property. Indoor art installations, on the other hand, do not fall under this exception (for more information on “Panoramafreiheit”, click here). 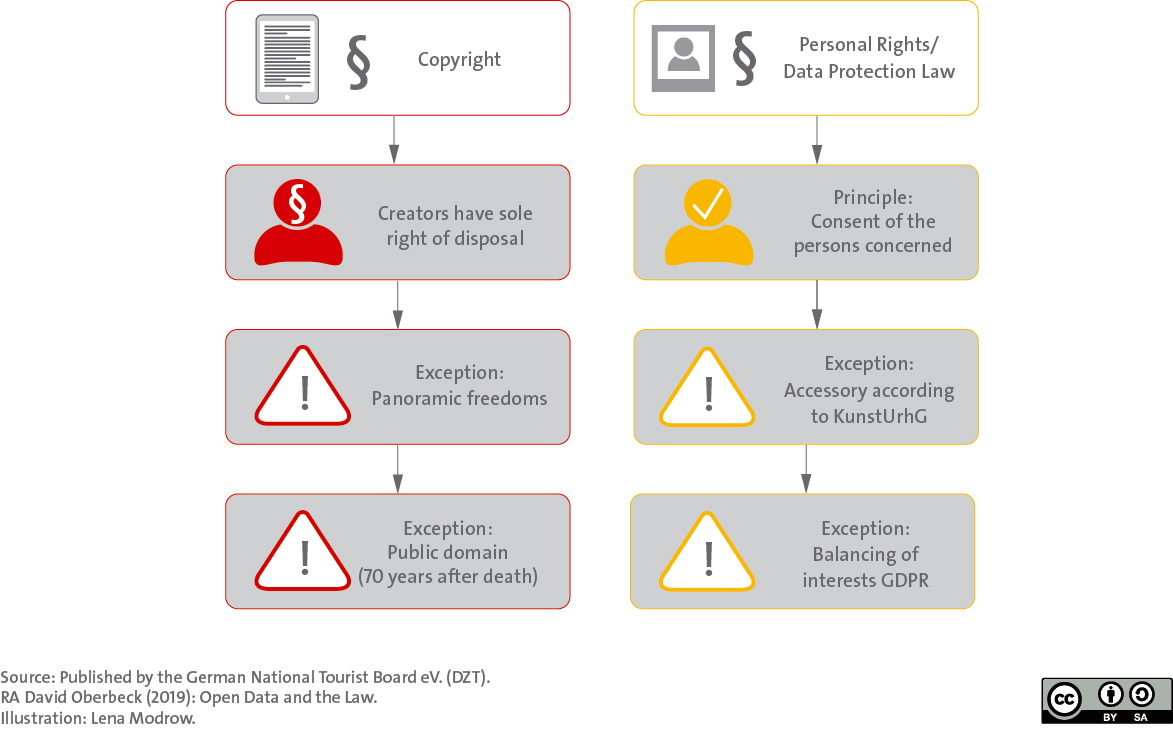 What should be considered when publishing?

Any publication, redistribution and modification of content is at the discretion of the creator. According to German law, the author cannot permanently relinquish his rights to the work (the situation is different in the USA and the Commonwealth states), but he can allow others to use it by means of an appropriate licence. Publication under the Creative Commons (CC) license is the simplest and most widely used licensing method for Open Data projects. This type of licensing ensures that participants in the project do not run the risk of being exposed to claims by the copyright holder.

The Creative Commons (CC) organization offers regularly updated licenses that have the same meaning all over the world. Content with a CC code may generally be shared by anyone and, depending on the license, may also be edited. You can find specific instructions for use here.

For Open Data projects, it is recommended to publish content under either the CC-0 or the CC-BY license. CC-0 is the broadest of the seven licenses, with which the participant allows an unconditional use of his work. If a work is labeled with CC-0, it may be published, distributed and modified completely freely. Information on the five other licenses can be found here.

The way to the right license 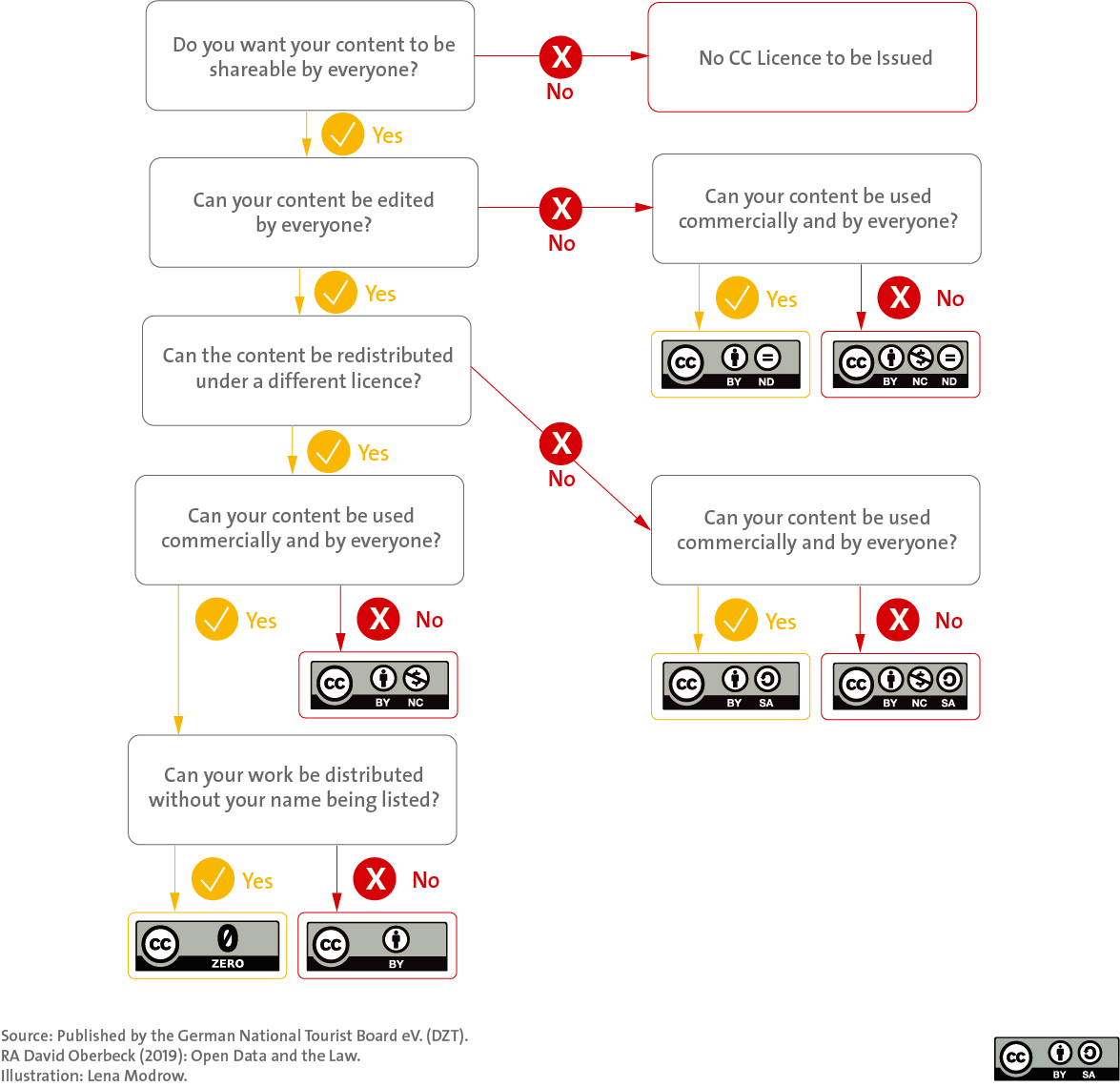 Publishing with a CC license is generally quite easy to implement if the specific requirements for labelling are observed. The Creative Commons Society offers an online tool for choosing the appropriate license.

If you adhere to the following principles, there is no legal impediment to the free sharing and use of content in open data projects: 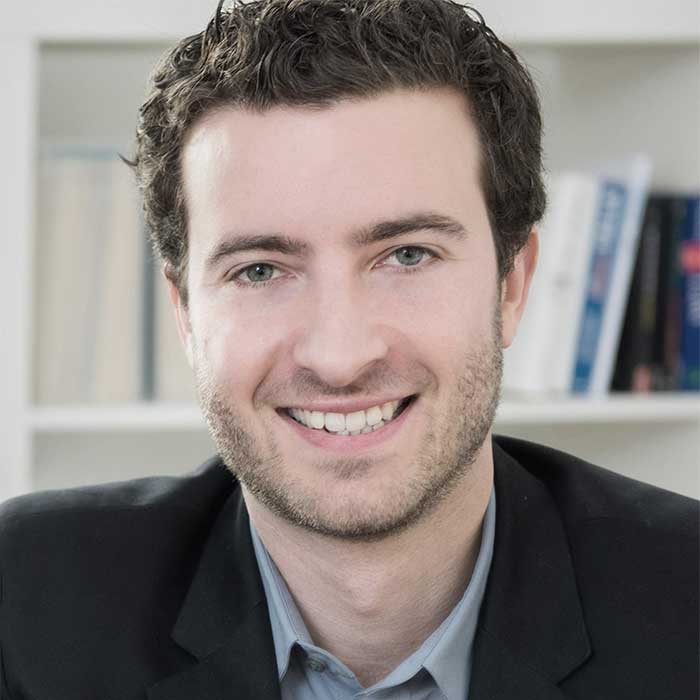 Lawyer for data protection and IT law

David Oberbeck is a lawyer from Hamburg and specialises in data protection and IT law. He is also qualified as a data protection officer (TÜV) and regularly audits companies for compliance with data protection regulations. He mainly advises clients from the digital sector and supports them in the implementation of new business models. In addition, he regularly holds lectures and gives seminars on the topics of DSGVO compliance and competition law.